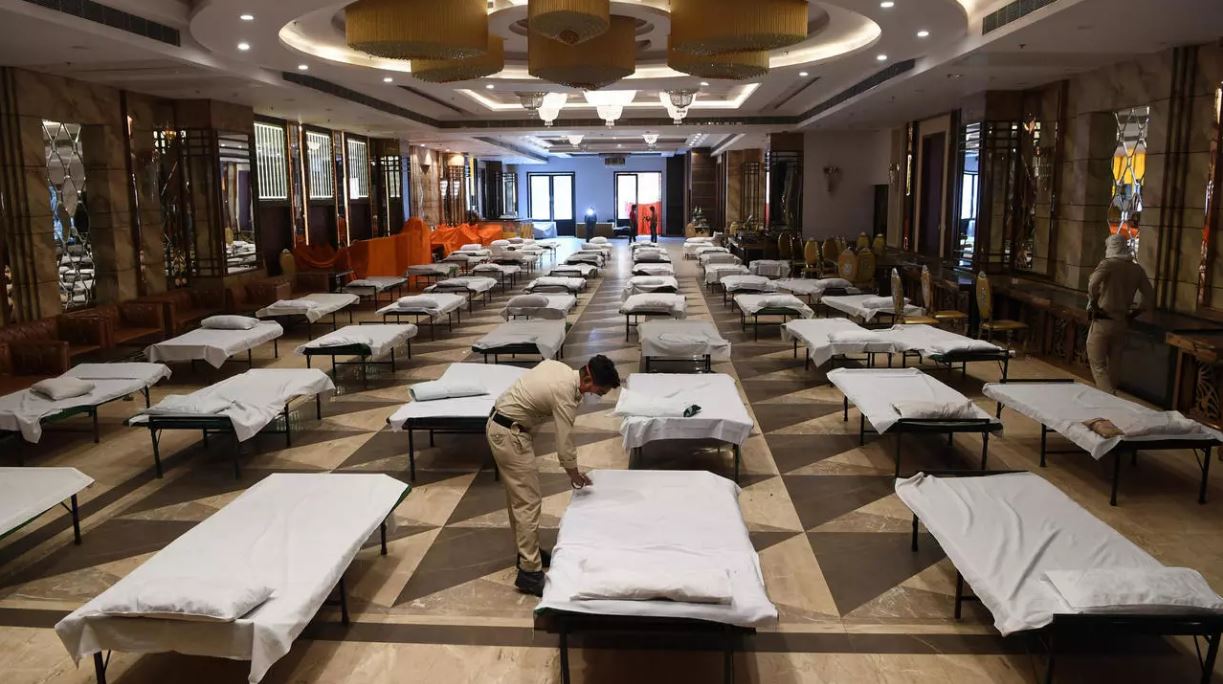 India’s official coronavirus death toll leapt by more than 2,000 on Wednesday as the hard-hit country struggles to contain a ballooning health crisis that has overwhelmed hospitals.

The news came as Germany urged its nationals in India to consider leaving for their own safety, while France warned its citizens in New Delhi to stay home unless going to an airport to return to Europe.

Authorities said the sharp increase in fatalities to 11,903 was mainly due to Mumbai and Delhi updating their figures.

Death tolls in both cities have been increasing in recent days.

Mumbai blamed unspecified accounting “discrepancies” for the increase of 862 to 3,165 deaths.

Officials said 93 of the Delhi deaths and 55 in Mumbai had been in the previous 24 hours.

The epidemic has badly hit India’s densely populated major cities and Chennai in the south has ordered a new lockdown from Friday because of a surge in cases.

Hospitals in Mumbai have been overwhelmed, while the government has sent specially-adapted railway carriages to Delhi and authorities have taken over hotels and banquet halls to accommodate coronavirus patients.

Germany recommended its citizens in India to “seriously consider whether a temporary return to Germany or another country with an assured health care system makes sense”.

People with the coronavirus or other serious medical needs have “no or very little chance of being admitted to hospitals. This increases considerably the health risks of a stay in India,” it added.

The French embassy in Delhi also sent a warning to its nationals saying that hospitals in the city are “more and more saturated”.

It said people should stay home unless there is an emergency “or it is to reach an airport for a flight to Europe”.

Air France and German carrier Lufthansa have organised a number of special flights from Delhi to Europe this month for people trying to leave the country.

India is the fourth worst hit country in the world with more than 354,000 infections, official figures show.

Experts say the real number of cases is likely much higher and have called for greater testing.

The Delhi government alone has warned that it could have 550,000 cases by the end of July.

But Prime Minister Narendra Modi’s government has declared a nationwide lockdown imposed in late March a success and has been steadily lifting restrictions. – AFP