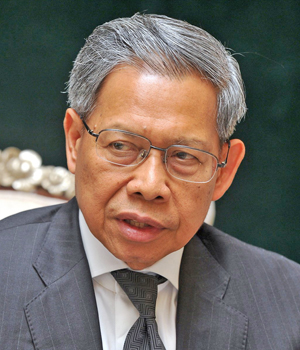 KUALA LUMPUR: The government has received a proposal for the implementation of ‘travel bubble’ with neighbouring countries but has not finalised its decision on the matter.

Minister in the Prime Minister’s Department (Economy) Datuk Seri Mustapa Mohamed this is because there are many things that need to be considered before a decision can be made.

“This proposal has been brought to the Economic Action Council. However, the government has yet to make a decision on the matter, as it involves certain countries and there are things we need to do in a bilateral way before we can make an announcement.

“Of course we need to be prepared. So, we’re pretty positive when we look into this. Yes, it is definitely time for the travel bubble to happen,” he said during a television programme at Astro Awani.

The term “travel bubble” or “travel corridor” refers to an agreement in which countries that have successfully contained the Covid-19 pandemic can open their borders to each other to allow free movement within the “bubble”.

Mustapa was asked whether the government would follow New Zealand and Australia as well as several European countries in implementing the “travel bubble” in their bid to revitalise the tourism
sector.

However, plans by Australia and New Zealand to implement the travel bubble faced hurdles due to reports of new Covid-19 infections.

Canberra also reportedly will not open its border to foreign tourist until next year.

Within the Asean region, Indonesia and Thailand are said to be interested in resuming cross-border travel.

At least 3.5 million direct and indirect tourism workers in Malaysia were affected by the Covid-19 pandemic.

According to Mustapa, the government’s decision in allowing interstate travel reflected the country’s recovery from the COVID-19 pandemic. — Bernama