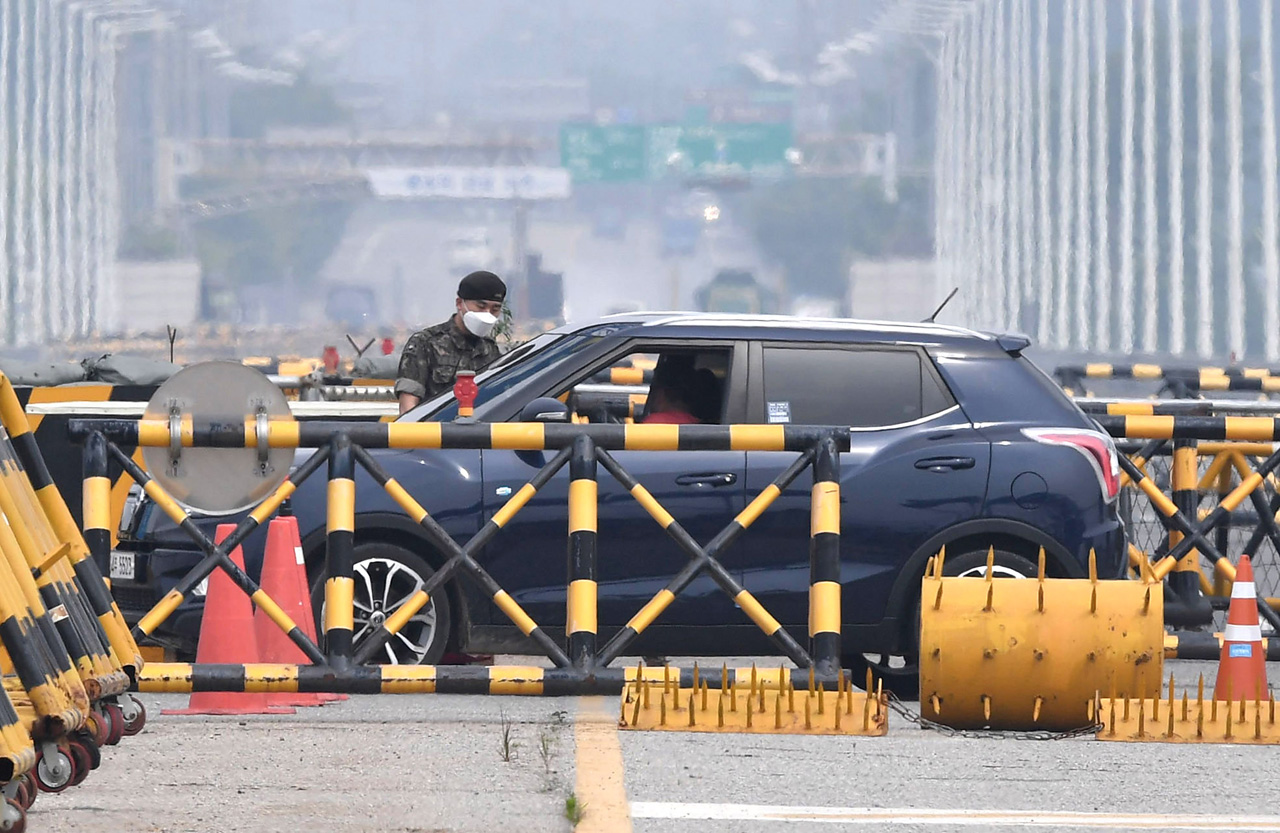 A South Korean soldier checks a car at a checkpoint on the Tongil bridge, the road leading to North Korea’s Kaesong joint industrial complex, near the Demilitarised Zone (DMZ) dividing the two Koreas, in Paju. — AFP photo

SEOUL: North Korea threatened yesterday to bolster its military presence in and around the Demilitarised Zone, a day after blowing up its liaison office with the South, prompting sharp criticism from Seoul.

In a series of denunciations of South Korea, the nuclear-armed North rejected an offer from President Moon Jae-in to send envoys for talks.

And its defence ministry said the North’s threats would violate several inter-Korean agreements. “The North will surely pay the price if such actions are taken,” it said in a statement. 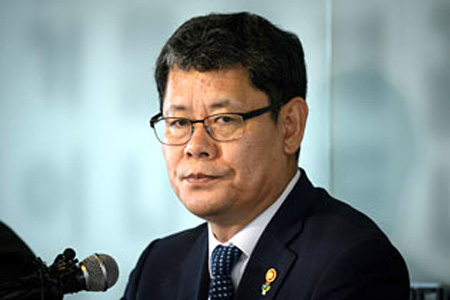 The row prompted Seoul’s Unification Minister Kim Yeon-chul to offer his resignation yesterday, saying he ‘takes responsibility’ for the worsening of inter-Korean relations.

The demolition of the liaison office in the Kaesong Industrial Zone – just across the border in Northern territory – came after Pyongyang vehemently condemned Seoul for anti-Pyongyang leaflets sent by defectors into the North.

Activities at the office had already been suspended for months due to the coronavirus pandemic.

Relations between the neighbours have been at a standstill since the collapse of a summit last year between the nuclear-armed North and the US in Hanoi over sanctions relief and what Pyongyang would be willing to give up in return.

Analysts say the North may now be seeking to manufacture a crisis to increase pressure on the South to extract concessions.

In a statement carried by the official KCNA news agency, a spokesman for the North’s military said it would deploy regiment-level units to the Mount Kumgang tourist area and the Kaesong complex. 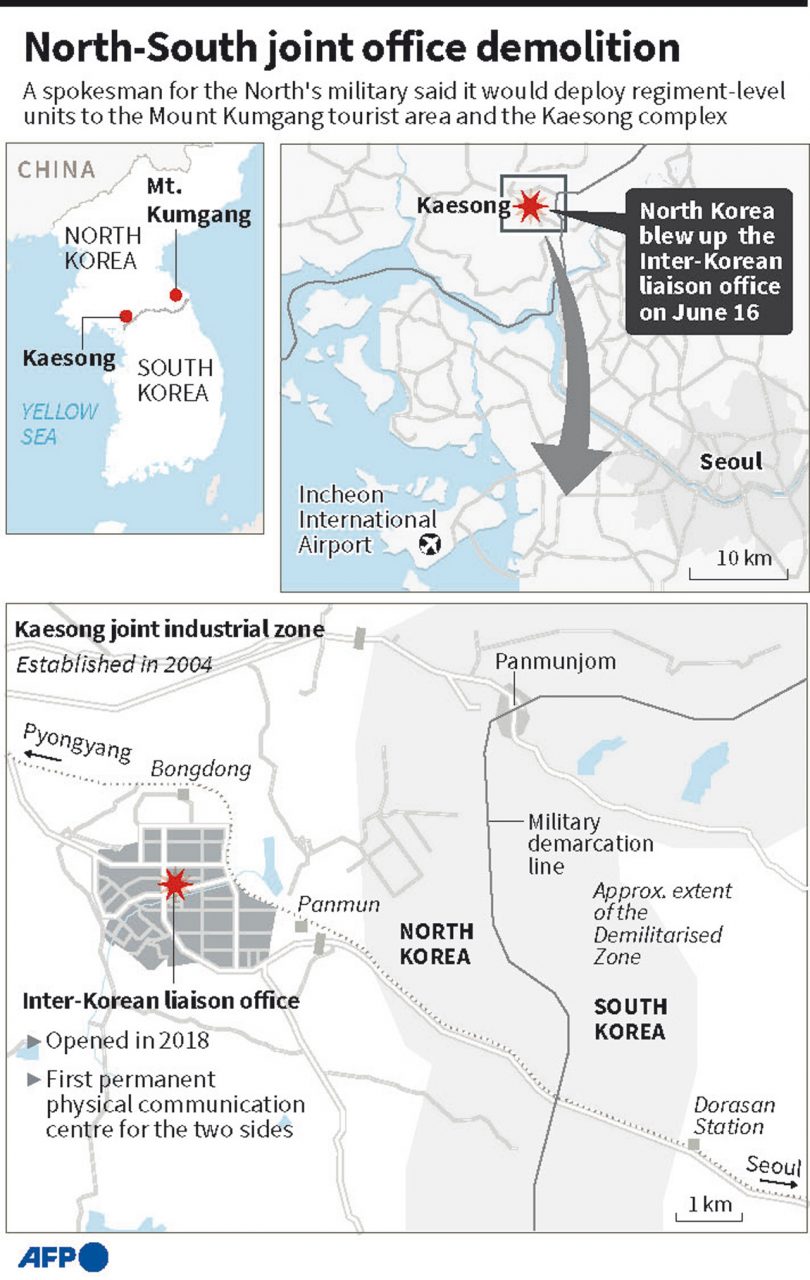 The two zones are sites of long-shuttered joint inter-Korean projects and tourists from the South visited the scenic Mount Kumgang until a North Korean soldier in 2008 shot dead a woman who strayed off a path.

At the Kaesong complex – where the liaison office stood – South Korean companies employed North Korean workers, paying Pyongyang for their labour in a lucrative arrangement for the authorities.

The North’s military spokesman also said guard posts that had been withdrawn from the Demilitarised Zone under a 2018 agreement would be re-established to ‘strengthen the guard over the front line’.

Military exercises in the border area would resume, he added, and it would prepare to send leaflets to the South.

Since early June, North Korea has issued a series of vitriolic condemnations of the South over the leaflets, which defectors regularly send, usually attached to balloons or floated in bottles.

Moon, who has long backed engagement with the nuclear-armed North, has been called unrealistic by his critics for his dovish approach.

On Monday the left-leaning president gave a speech calling for inter-Korean dialogue and stressing the importance of peace on the peninsula.

But the North’s Kim Yo Jong called the speech ‘disgusting’and ‘shameless and impudent’, adding Moon ‘seems to be insane though he appears to be normal outwardly’.

The two Koreas remain technically at war after hostilities in the Korean War ended with an armistice in 1953 but not a peace treaty. — AFP