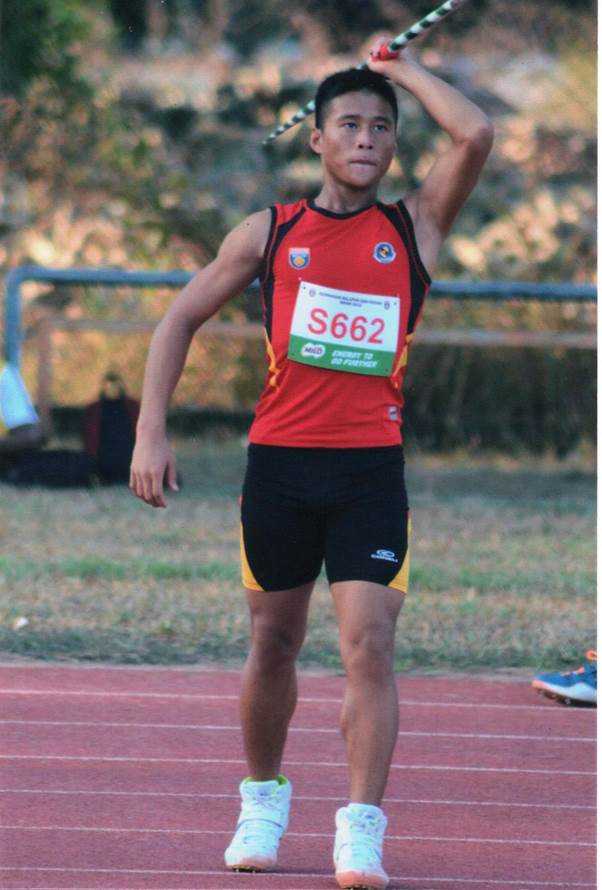 File photo shows Pethius in his gold medal throw at the Terengganu meet.

SIBU: State javelin thrower Pethius Jadam is aiming for a podium finish at the Malaysia Games (Sukma) in Johor next March and he believes moving his training base to Sarikei will help him achieve the goal.

The 19-year-old former student of SMK Katibas, Song, felt he would have a more realistic chance to win a medal if he could move his training base to Sarikei to train under State Throw coach Ling Neng Thung.

He is now looking forward to Sarawak Sports Council (MSN) to help him arrange his accommodation in Sarikei so as to fulfill his lofty ambition.

“I still have the fire in me to improve on my career and hopefully, the MSN will help look into my requests,” he added.

Pethius currently trains under coach Yong Zinn Fei, a teacher of SMK Katibas, in Song. He only trains one session per day, in the evening.

Yong said Pethius had all the hidden talent yet to be exploited but the problem was he needed a full-time coach to monitor his performance and development.

“He has the strength and the height. Move his training base to Sarikei to train under coach Ling and I believe he can reach further glory,” Yong added.

Pethius started his career after collecting his first javelin gold medal in the Inter-Division Secondary Schools Athletics Championship when he was 14-year-old.

Since then, he has won numerous accolades from Year 2016 to 2018, both local and national championships.

In 2016, at the Inter-State Secondary Schools (MSSM) championship in Terengganu, Pethius came under the limelight after throwing the 500g junior javelin to a distance of 50m to lift the gold medal.

He went on to take part in the 2016 Little Athletics Championships in Singapore and returned with a third placing after registering a distance of 51m.

At the 2018 MSSM meet in Selangor, the powerful boy, standing at 163m and weighing 72kg, improved his distance to 53.54m, though it was only good for a silver medal.

He also took part in the 2018 Sarawak Junior Championship in Kuching and won the title with a distance of 50.9m.

However, his biggest break was at the Sarawak Games (Suksar) held in Miri last December when he registered 54m, his career best in the junior javelin.

Pethius also took part in the Perak Open last March but his performance in the 600g adult javelin ended poorly.

He failed to rise to the occasion which prompted him to seek guidance from coach Ling.

Early this year, Yong coaxed Pethius to return for another shot of the title at the Sukma Johor and the boy immediately agreed.

Since then, he had been pumping in serious efforts to train and to pick up from where he left.

He was actually shaping up for the 2020 MSSM scheduled for April when the Movement Control Order (MCO) and Covid-19 health crisis brought all sporting activities to a halt.

During the MCO period, he could only do light conditioning and strength pulling at home. He also helped his parents tend to their fruit orchard in Song in the morning.

Pethius was glad that he could return to active training now after the Sarawak Government had agreed to reopen the sports complex for Sukma Sarawak athletes to train on June 17 subject to them complying with the stipulated Standard Operating Procedures (SOP).

“To be able to train early is good news. In fact, it is not just me going through all these trying times. Everyone is affected. And everyone is eager to rush back to shape,” he said.