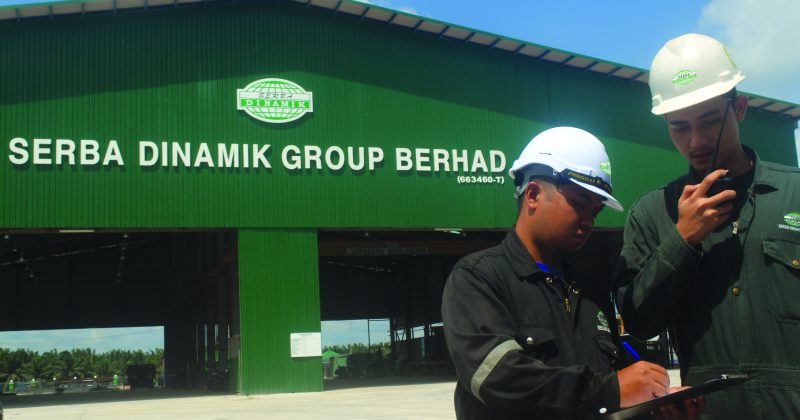 Serba Dinamik’s acquisition of TR Yard from Petronas will give the group a solid maiden footing to venture into the offshore upstream fabrications space, analysts observed.

“The acquisition is expected to play a significant role in the company’s maiden step into the offshore upstream fabrications space,” the research arm of Kenanga Investment Bank Bhd (Kenanga Research) said.

“The yard will qualify Serba Dinamik to participate in various jobs, such as decommissioning, offshore transport and installation (T&I), integrated hook-up and commissioning (i-HUC), and top side maintenance.

“As a comparison, this yard has less than half the capacity of MHB’s fabrication yard in Johor, and Sapura Energy’s yard in Lumut – both of which has an annual fabrication capacity of well over 100,000 metric tonnes (MT).”

Nonetheless, Kenanga Research deemed this to be more than adequate to help kick-start Serba Dinamik’s venture into this space.

“Additionally, the yard’s proximity to Petronas’ Refinery and Petrochemical Integrated Development (RAPID) project, as well as to Batam Island may also provide a competitive edge when it comes to job bidding.

“We expect this venture to bear fruition in the coming 12 to 18 months.”

Meanwhile, AmInvestment Bank Bhd (AmInvestment Bank) was positive that the group will be able to secure fresh engineering, procurement, construction, installation and commissioning (EPCIC) jobs to more than mitigate the increased costs arising from the proposed acquisition of 170 acres of industrial land with warehouses, workshops and fabrication yard in Teluk Ramunia.

Assuming an EPCIC gross margin of 15 per cent, depreciation charge over 15 years and interest cost at five per cent, the research firm estimated that Serba Dinamik would need a fresh order book of RM250 million annually to break even for this new asset.

“We understand that the group is eyeing fresh orders from the second phase of RAPID which could reach tender values of RM1 billion, potentially escalating the group’s order book momentum,” AmInvestment Bank said.

With completion of the proposed acquisition by the third quarter of financial year 2020 (3QFY20), we do not expect any substantive impact to FY20F earnings even if the new orders did not materialise by the end of this year.”

However, as stronger EPCIC order flow next year could easily offset the additional costs from the yard acquisition, AmInvestment Bank maintained Serba Dinamik’s FY20F-FY22F earnings for now pending the announcement of fresh contracts.

As such, the research firm’s FY20F-FY22F earnings for Serba Dinamik were at RM577 million, RM654.3 million and RM731.7 million, respectively.

On the other hand, Kenanga Research noted that the acquisition is expected to slightly raise Serba Dinamik’s net-gearing to 1.1-fold, from one-fold currently.

“Additionally, the acquisition may also incur additional finance costs of up to approximately RM20 million per year, before being offset by earnings as the venture bears fruit over the next 12 to 18 months.

“In the meantime, the group is seeking to lease out parts of the yard to help partially subsidise these fixed costs.”

“The acquisition consideration of RM320 million is below its market price of RM335 million as ascribed by the independent valuer.

Overall, Kenanga Research was cautiously optimistic on Serba Dinamik’s efforts in venturing into the offshore space, allowing the group to broaden its earnings base from the current downstream exposure.

“However, as similarly witnessed from its other offshore peers, this may inject a degree of volatility into its earnings.

“We conservatively lowered our FY20-21E earnings by three per cent each, accounting for the higher finance costs.”